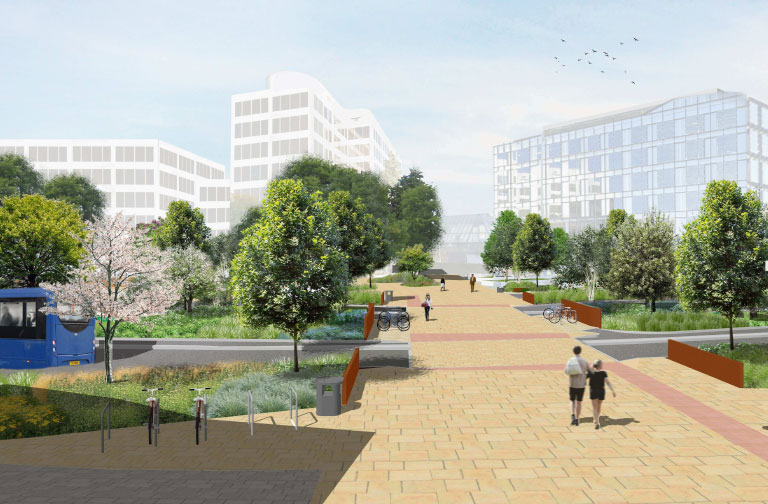 Swindon Borough Council has announced that the contract to create the new public transport interchange in Swindon town centre has been awarded to Colas Projects Ltd.

The Fleming Way Bus Boulevard scheme, which has been developed by Swindon Borough Council, will see Fleming Way completely transformed to accommodate all bus services in the town and will include a new public open space on the north side with a green central spine to increase biodiversity.

Colas will plant trees and bee-friendly plants which will introduce more greenery and biodiversity to the area. The new planting will not only increase the biodiversity in the town centre, but it will also have a function, forming part of the Sustainable Urban Drainage Systems which will run down the centre of the carriageway.

The scheme will also feature much-improved pedestrian and cycle routes and the removal of the current Fleming Way underpass creating an attractive route from the train station into the town centre.

The Council submitted a robust business case to the Government in order to obtain £25m in funding from the Future High Streets Fund. It is estimated that the overall project will help to increase land values in the area by an additional £34m making it significantly more attractive to investors. 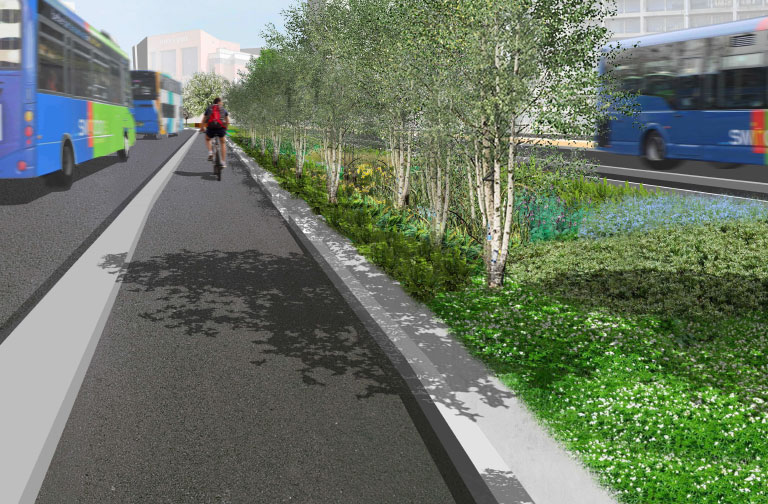 “This scheme is so important for the town centre because it will help to unlock wider regeneration.

“In recent times, the low land values in this part of town have made it less attractive to investors and developers, so we are using government funding to improve the local area and make it a place they want to put in their money.

“We are effectively giving the rejuvenation of the town centre a kick-start, helping us bounce back strongly from the shift to online retail and the effects of the pandemic.

“I’m delighted we have appointed a proven contractor in Colas to deliver this scheme for us.”

The award-winning Colas approach to supporting the local community will see them provide employment opportunities for local residents, with a particular focus around those who are long term unemployed or disadvantaged, as well as delivering employment support workshops. and work placements for young people.

Executive Director for Colas, Sean Jeffery said “I am delighted that we have secured this exciting opportunity to work with Swindon Borough Council in delivering their vision for a greener more accessible solution in Swindon Town Centre. I am confident that the Colas team will deliver a great project.”