Newcastle are ready for the winter weather 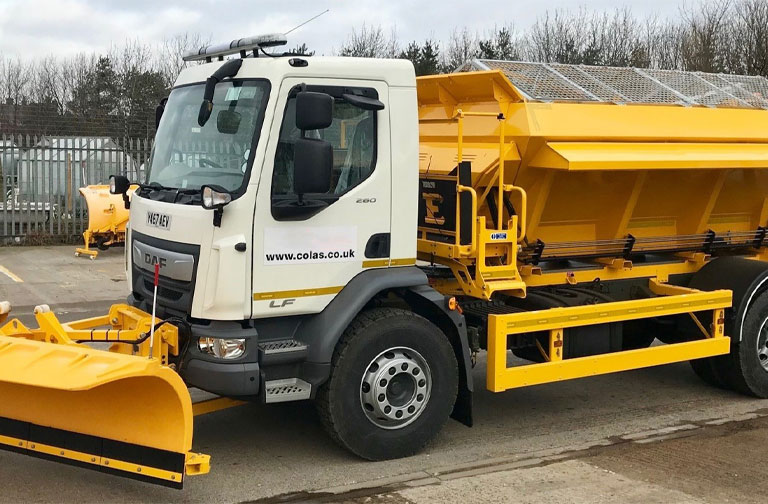 Colas, which is in the third year of a contract that runs until 2026 with Newcastle City Council to treat the city’s roads, have created a partnership between themselves, Newcastle and Northumberland to deliver these services; the partnership has adopted Colas ISO 44001 quality system to manage the partnership. Having invested in seven new vehicles this year as Newcastle braces itself for the arrival of freezing temperatures, their gritting teams are fully prepared for the winter weather.

The city council has 8,000 tonnes of rock salt at a depot in Heaton – 3,000 tonnes more than was used during last winter.  The worst weather conditions can leave the service’s 21 drivers working ever-changing and highly unsociable shifts to keep the gritters rolling 24 hours a day.

Colas has 21 drivers on its rota, their shift times can change on a day-by-day basis depending on the weather conditions but can expect a regular morning start time of 4am. In the worst cold snaps, drivers will work 12-hour shift patterns ensuring the roads are gritted around the clock.

The council also replenishes 770 self-help bins across the city to enable people to keep residential roads and footpaths clear. Staff in Newcastle are informed of the weather forecast each lunchtime by colleagues in Northumberland, and then set their gritting schedule accordingly. The team is now expecting to be called into action more often following a mild start to the winter, but after months of planning - with salt purchased and staff trained during the summer - Pamela Holmes, the council’s service manager for highways and maintenance, said “everything has been fully thought-out”. She added: “This is day to day business for us. We plan for it, we have taken the winter services policy to cabinet and I think members are comfortable with the state of our readiness. “We are well trained and we have got sufficient resources because Colas are a big organisation. They have seven new gritters and the council has a further two vehicles that we can use to help with refuse collections or for emergency response. “And if needed we have an arrangement where we could utilize some of Northumberland’s vehicles, they have 36.”

After the Beast from the East stretched resources to the limit last winter, council bosses are confident that Colas are prepared; for any severe weather during 2018 – 2019 winter.