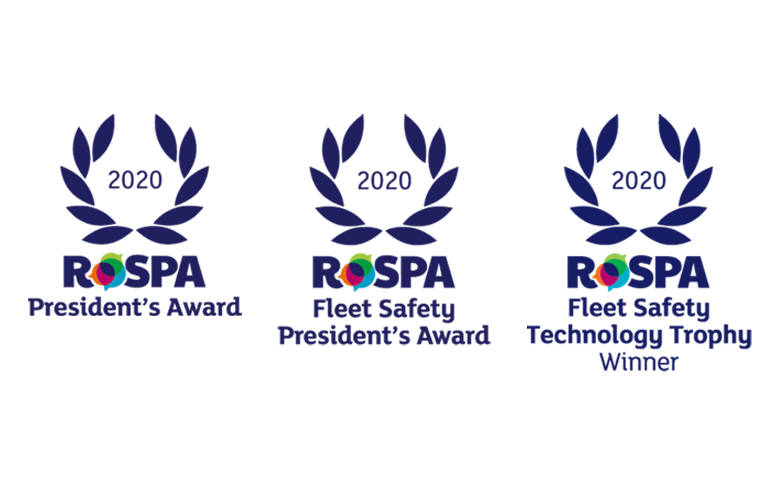 The winners of the prestigious RoSPA (Royal Society for the Prevention of Accidents) awards for 2019 have been announced and Colas Ltd have collected three major awards, including for the first time the Fleet Safety Technology Trophy.

But, for the first time, Colas Ltd have been awarded the 2019 RoSPA Fleet Safety Technology Trophy for Management of Occupational Health with our Autonomous Impact Protection Vehicle (AIPV), our highly innovative safety product that aims to protect the lives of road workers on the UK and World’s highways.

The introduction of autonomous technology in an impact protection vehicle removes the requirement of a driver in a vehicle that is used as a mobile crash barrier, thus protecting road workers and equipment from potential errant vehicles on busy highways.

Recognition of High Standards in Safety

Commenting on the successes, Colas Ltd CEO, Carl Fergusson, said: “To win three awards at the RoSPA Health & Safety Awards, one of the most prestigious and recognised schemes in the world, indicates the tremendous hard work that everyone is putting in to make sure all our colleagues go home healthy and unharmed every day. The Gold awards demonstrate that we are keeping our standards very high and the Fleet Safety Technology Trophy recognises that our innovative safety products are leading to a safer future for the construction industry.”

The Longest Running Awards Scheme Of It's Kind In The UK

Julia Small, RoSPA’s head of qualifications, awards and events, said: “The RoSPA Awards scheme is the longest-running of its kind in the UK, but it receives entries from organisations around the world, making it one of the most sought-after global accolades in health and safety.

“RoSPA wants every employee, wherever they are, to work safe in the knowledge that they will be going home unharmed and healthy at the end of every day. The RoSPA Award winners are vital to help achieve this goal, as by entering they are driving up standards and setting new benchmarks for organisations everywhere. Currently, around seven million people are directly impacted by the RoSPA Awards, but the scheme’s influence is even wider.”

Organisations receiving a RoSPA Award are recognised as being world-leaders in health and safety practice. Every year, nearly 2,000 entrants vie to achieve the highest possible accolade in what is the UK’s longest-running H&S industry awards.