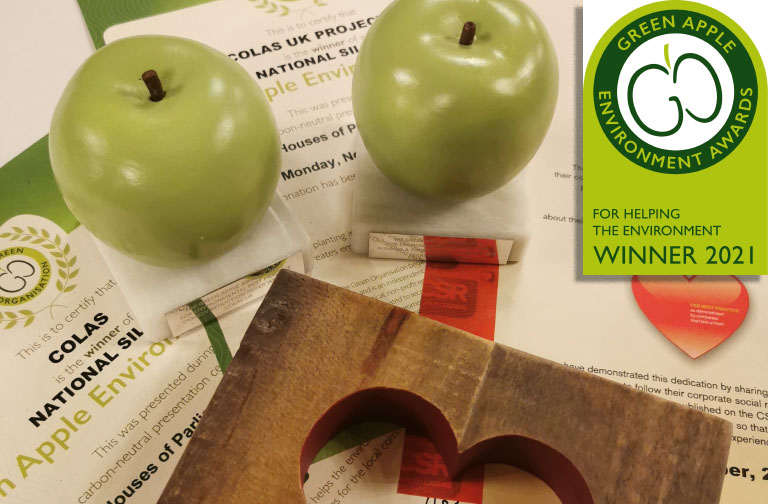 Colas is celebrating after winning three awards that recognise our efforts for the environment and social value.

At a ceremony in London on Monday 15 November, our team were presented with two Green Apple Environment Awards for our environmental and ecological impact mitigation work at the Humber Bank Link Road project in Grimsby, and for our Retread process which reduces the potential carbon impact of resurfacing works by up to 77%.

The annual international Green Apple Environment Awards, which were launched in 1994 by the Green Organisation and have become established as one of the most popular environmental campaigns in the world, recognise, reward and promote environmental best practice around the world.

To put this in perspective the Green Apple Environmental Awards are now one of the biggest environmental awards campaigns in the world, with entries from Governments, Ministries and Regional Authorities as well as companies, organisations and communities, across the entire private and public sectors.

Colas also achieved recognition as a company that cares with an award for being CSR World Leader. This recognises our caring approach to communities, colleagues, clients, suppliers and partners.